In an effort to assert how much better she is than Mary, I think we all remember Jody yelling that she had been to a finishing school in Switzerland. Not the case, as instead of learning all the polishings of a young lady, she was a BEAUTY QUEEN! 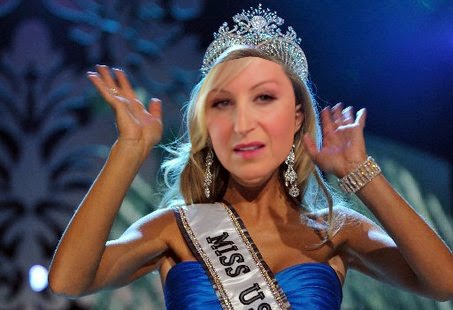 Yup, apparently the Queen of Mean tried her hand at the pageant life. On Wednesday February 11th, 1981 she was declared runner-up of the Miss Teen Vancouver pageant. The then 17-year old and grade 11 student apparently hails from Lower Nicola, a small rural community outside of Merit, BC.

The story goes that a modelling agency advised Jodes to submit photos of herself to the contest. She was then chosen out out hundreds of applicants to compete with 10 other girls. The competition consisted of modelling one casual outfit and an evening gown for the judges, and telling the judges about themselves, detailing their hobbies and career aspirations.

Anyway, there's no way Jody was be at a finishing school in Switzerland as she was in British Columbia competing in pageants. I hope she doesn't expect us to believe she flew out to BC in the middle of the school year on a school night to do a pageant.
at 1:31 PM
Email ThisBlogThis!Share to TwitterShare to FacebookShare to Pinterest
Labels: Jody Claman, news