We Need to Talk About the Bachelor Canada

Okay just one post, I promise. But I need to say things! Although that's how the RHOV started out and now look what a full fledged mess it is. ;)

WHAT IS GOING ON WITH WHITNEY'S EYEBROWS?! Seriously, I just wanna wax them. But I alas do not have access to wax or Whitney, but I do have Photoshop. I fixed her!: 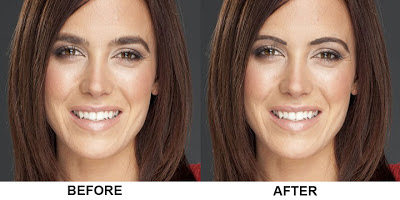 I also don't like Whitney. She just met the guy but she's so possessive  I actually like Gabrielle more. I wouldn't ever bring her around my man but since I'm defiantly not Team Whitney, I'll pick the other side. Also when asked which animal she wanted to be, she responded with: "An alligator – powerful when I’m alive, and a beautiful purse when I’m dead." If that's not something Jody would say.

And what was with that girl crying because Brad and Whitney were kissing? Suck it up.

Also, I can't say I like the bachelor after his talk with Melissa Marie (the single mom). You can't go on about how you're ready to settle down when the idea of a 6-year old terrifies you.

I liked Melissa Marie. Also if you want to see her noodiez (pervs) I found some. I just stumbled upon, I swear! She photographs quite well.

Also, the host needs to go. What is it with Canadian reality shows and bad hosts? Let's get Alex Trebek all up in here.
at 9:25 PM
Email ThisBlogThis!Share to TwitterShare to FacebookShare to Pinterest